In the documentary, Shekhar Kapur investigates the source of human compassion and creativity. The film includes a lengthy interview with Amma, as well as with Nobel Laureate Dr. Leland Hartwell and many others about Amma’s unique approach to life and how her love has touched, and in many cases, transformed their lives.

Shekhar Kapur explained that the film was an extension of his own personal spiritual search. “The search for what lies beyond our own individuality has been with me since I was 15,” he said. “I have been grappling with questions like, what is the true nature of love? Is there love beyond ownership? What is compassion? Is it something you do or is it a state of mind or a state of being? If you become a much more compassionate being, does it alter your physiology? Do you become a much more intuitive being? It is not only a spiritual search for me, but a scientific quest too. Meeting Amma on her 60th birthday was a huge opportunity for me to investigate these deeper truths. I ask her the same questions in the documentary.”

Shekhar Kapur also reflected on the experience of spending time with Amma. “Being in the presence of Amma is a unique experience because you feel the energy radiating from her. When you ask infinite questions, you cannot expect answers in finite ways. In fact, there are no answers. There is only experiencing. When you go to Amma, you go for the experience of her,” he said. “Spirituality is not about miracles and drama, but about experiencing subtle and incremental changes through which you evolve. I have not remained unaffected by Amma’s message of love and compassion. The more I realize how incredibly loving and compassionate she is, the more it changes me subtly and incrementally.”

Swami Amritaswarupananda, the Vice-Chairman of the Mata Amritanandamayi Math and Amma’s senior-most disciple, thanks Shekhar Kapur for insightful film: “On behalf of the Mata Amritanandamayi Math, I would like to say that to have an artist as renowned and talented as Sri. Shekhar Kapur focus his insight and creative vision on our beloved Amma has filled us all with joy. He is a one of India’s treasures of film, and through his artistic direction, open-heartedness and genuine questions as an interviewer, The Science of Compassion was able to capture Amma’s unique combination of beauty, grace, humility and wisdom. We are indebted to him for that.” 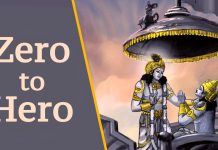 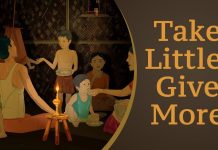 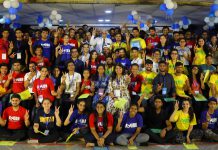 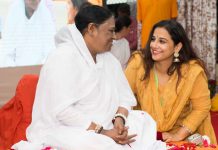 Why is Amma making everyone cry? 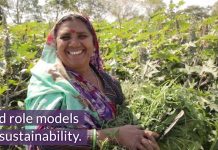 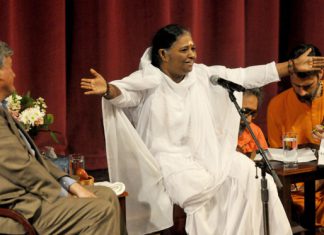 Amma at Stanford, Conversations on Compassion