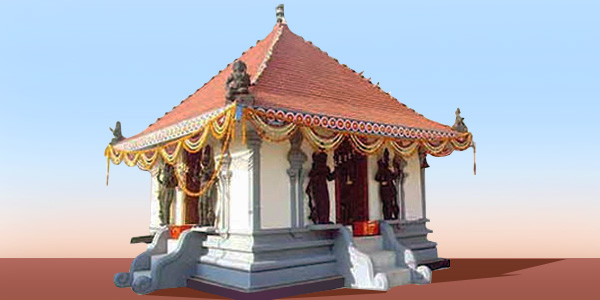 While many temples have shrines to more than one deity, each deity is represented by a separate murthi (idol). Amma’s temples have only one murthi. But in a revolutionary move, She instructed that the stone murthi be carved with four faces, one on each side. The shrine depicts the images of Shiva’s Divine family: Shiva, Devi, Ganesha and a Serpent (representing the Kundalini power, Rahu and Murugan). This clearly points to the underlying unity inherent in the myriad deities of the Hindu pantheon: the One with many faces.