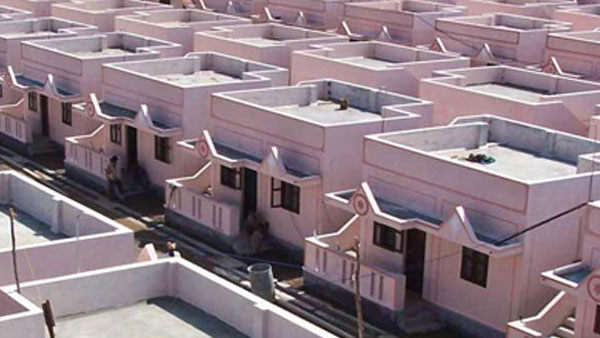 Responding to cries for help from women who spent entire nights mopping rainwater out of their thatched huts, Amma initiated a house-building project, with a goal of building 25,000 homes throughout India. The project has now been expanded to reach a goal of 100000 homes. To date, more than 45,000 homes have been built in over 75 locations. With an average of six people living in each of our houses, that means we’ve helped more than a quarter of a million people move from the streets or inadequate shelters into the safety and comfort of their very own home. More than constructing houses, Embracing the World works to build entire communities, complete with town halls, roads, electricity, wells, sewage systems and clean drinking water. As part of our response to the 2004 Indian Ocean Tsunami, homes have also been constructed in Sri Lanka and Andaman Island.

Click the following links for a partial list of names and addresses of beneficiaries of our India-wide housing project.

Agnelli explains how the 85-minute film about Amma was inspired by the people who...