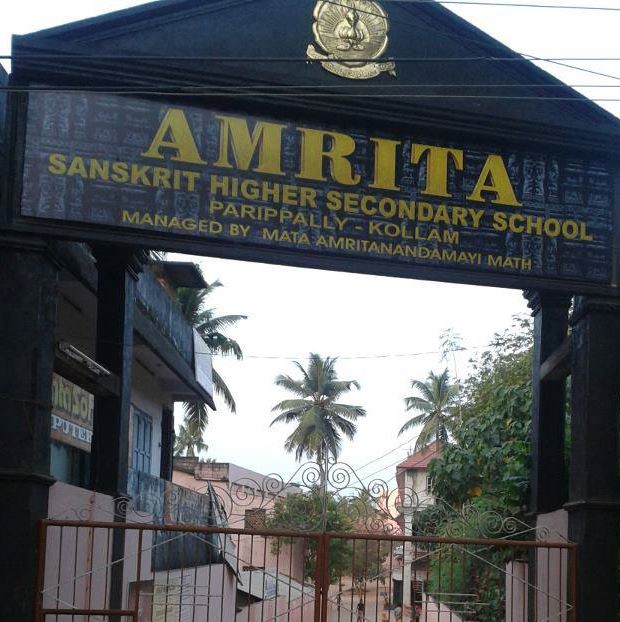 At Parippally, Kollam is one of the largest schools in Kerala to teach Sanskrit as the first language, and is one of the best schools in its district. In 1992 when the Government first introduced higher secondary courses in the private sector, ASHSS was the only school offering Sanskrit as one of the optional languages. The school is of a very high calibre and has the test scores to prove it. Recently, The percentage who passed the SSLC Exam was 92%, making ASHSS the second best school in the Kollam district. This was a remarkable achievement for a school where the majority of its 2500 students come from the most socially and economically disadvantaged areas.

Amma delivered the opening address of the Call to Action by Faith Leaders....
Previous article
Construction of Kali Temple Finishes
Next article
05thBrahmasthanam Temple at Kozhikode