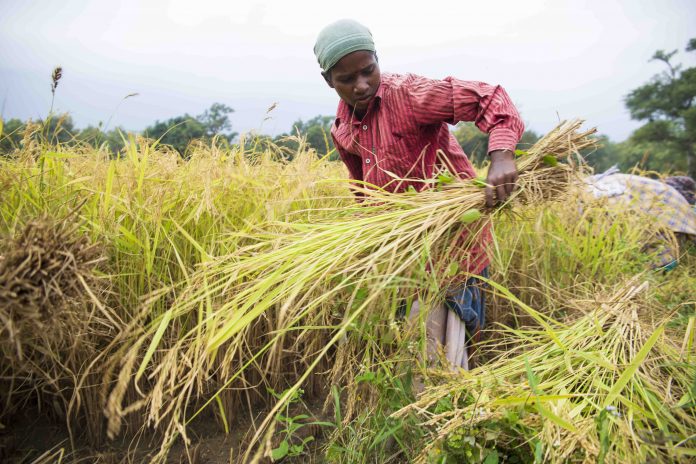 Sadivayal became Amrita SeRVe’s first organic-agriculture certified village in Tamil Nadu. Since 2018, Amrita SeRVe has collaborated with the Tamil Nadu Organic Certification Department [TNOCD], the government office, which applies the standards set by the National Programme for Organic Production (NPOP). For this purpose, the farmers needed to apply for land deeds and the soil was examined by officers several times over the last two years. 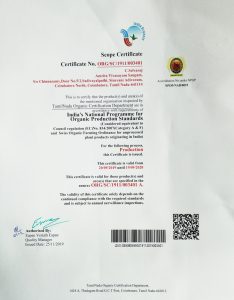 The certificate covers the production of mixed vegetables, mango and rice. Annual inspections of the land are required for maintaining status. This empowers farmers to receive more value for their products and thereby increases their annual income.

Amrita SeRVe first visited the tribal community in 2016. The same year, they started organic cultivation with 20 of the most deprived farming families by forming the first Amrita Farmers’ Group. They registered under the Cooperative Society Act under the name Amrita Vyavasayam Kulu and maintain a joint bank account.

Intent on growing purely organic rice, the members themselves defined their responsibilities and formulated rules for their collaboration. With guidance from Amrita SeRVe agriculture experts, they selected the best seed variety and carried out soil and seed testing, crop planning, water budgeting and planned water conservation measures. Every step was discussed among the group to find solutions.

“We took a chance and tried something different. The result was selling a new crop for double the price of anything we had grown before. Not only that; the seeds we sowed gave us a double yield.” — late Mr. Rajan, a founding member of Amrita Vyavasayam Kulu

On the 20th of June, the farmers planted nearly 600 kilograms of organic Bhavani rice on their joint 30 acres of land. Cultivating without chemical inputs meant learning and practicing with organic fertilizers and pesticides such as Jeevamritam, a natural fertilizer.

Farmers’ initial costs were dramatically reduced by switching to natural techniques, availing government schemes, and securing irrigation with a hand-dug canal. This coming together of initiatives from the government, farmers, and NGOs is known as the convergence method.

The tribal farmers face a lot of challenges. Due to their isolated location in the middle of a natural reserve forest, their fields are prone to wild animal invasion, causing very serious damage to their fields from year to year. Previously their marginal scale led them to incur losses with conventional farming practices relying on chemicals. This, in turn, pushed them into debt and they abandoned their fields.

The new organic venture paid off in January 2017 when they harvested their first profitable crop in five years. “The farmers saw a phenomenal increase in net income—from a loss of ₹23,600 in previous years to a profit of ₹27,000 per acre using natural farming methods,” emphasizes Sreeni KR, Amrita SeRVe’s agriculture program manager. 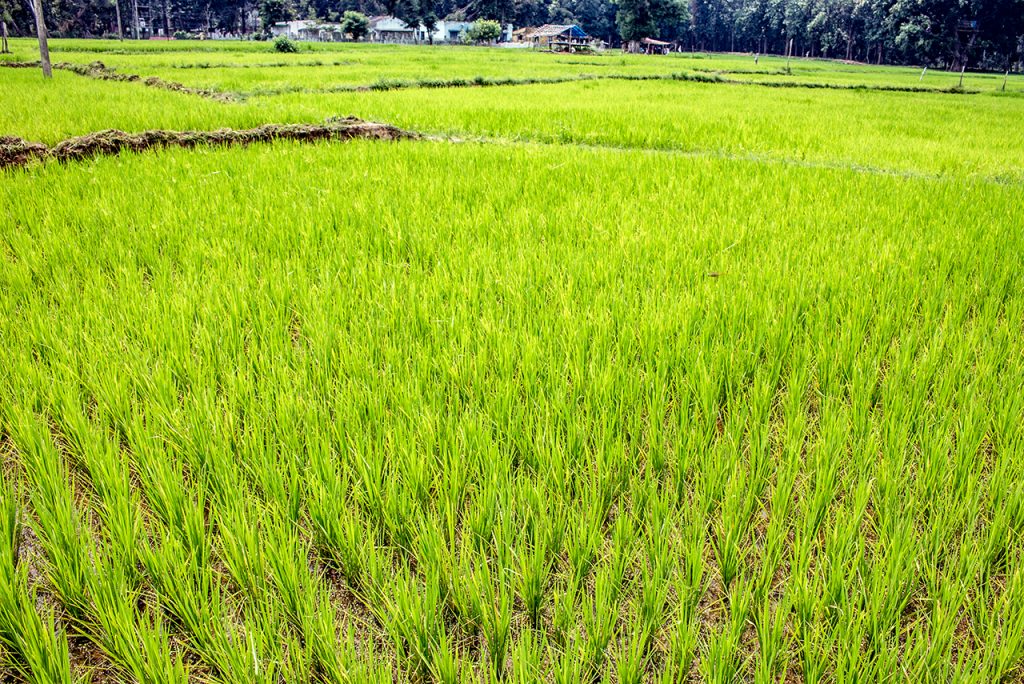 Another attributor to this wealth was the adoption of post-harvest techniques, such as cutting, cleaning, and sorting. This not only increased the market value of their rice, but also allowed for the sale of valuable organic rice straw that is always in high demand. The key to selling their goods is connecting to markets, which isolated villagers commonly struggle with.

With the help of Amrita SeRVe, bulk buyers were identified directly at the big markets, removing middlemen. As a result, with the earnings from just one successful season, the farmers were able to repay all their debts to moneylenders and return to a hopeful life with recovered confidence and self-respect.

After this great success, they decided to expand to 35 acres and surrounding villages expressed interest in learning from them. This way other farmers could convert their agriculture to natural practices as well.

“By 2019, around five nearby villages have been converted to rice fields for the adoption of a similar approach with the traditional Bhavani variety,” Sreeni KR concludes.

Amrita professor, Anju Bist is among the 75 women honored as Women Transforming India...

At the basis of all we do is the goal to ensure everyone has...

COVID-19 brought forward a challenge to India’s education system as never seen before. When...

Abstract In the midst of the current global pandemic, India’s national lockdown and measures to...
Previous article
Amrita ranked among top 100 in Times Emerging Economies Rankings 2020
Next article
Various shades of Shivratri Celebrations by AYUDH India