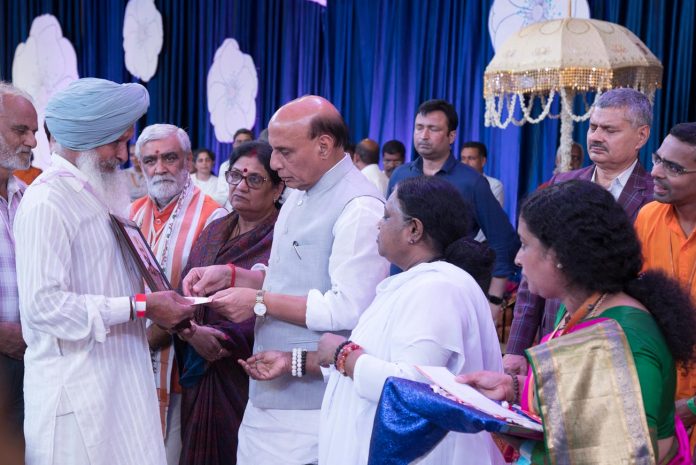 On February 14th of this year, one of the deadliest terror attacks befell our nation: a suicide bombing in Pulwama, Jammu-Kashmir, which took the lives of 40 members of the Central Reserve Police Force and left many others severely wounded. Then, during this year’s monsoon, here and Kerala more than 100 people were killed during the heavy monsoon rains and resultant landslides. When the news of the Pulwama attack reached Amma, Amma immediately said, “It is our dharma to support the families of these brave men who died while doing their duty.” Amma then announced that Mata Amritanandamayi Math would give Five Lakh rupees to each of the 40 families who lost a member in the tragedy. {News}

At the Amritavarsham venue, in the presence of Amma, Sri. Rajnath Singh, Honorable Raksha Mantri of India handed over the cheque to the families of the brave souls who sacrificied their lives for Mother India.