For the first time in more than 30 years, Amma has not been able to travel on her international tours due to COVID-19. Usually, Amma travels to Europe in the fall, so this year the volunteers found another way to make a difference in the world at this challenging time.

They held a charity walk across October and November to raise money for Embracing the World’s humanitarian initiatives, with participants in Israel joining in. They envisioned walking the 9,000 kilometers between them in Europe to Amma in India. 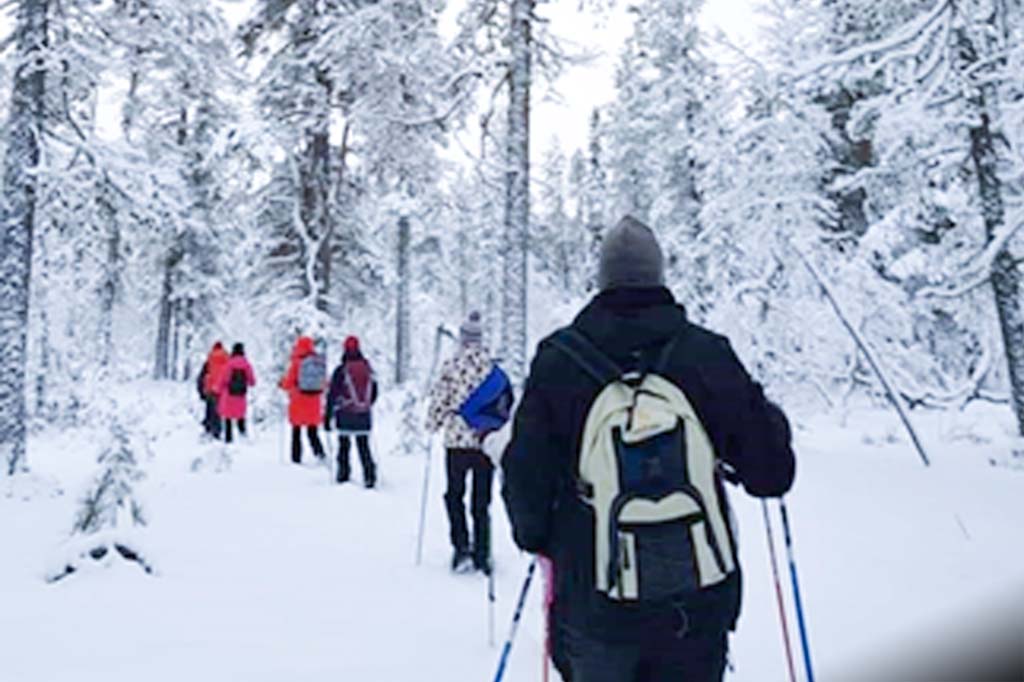 It was people in Italy who started the project, with that country being one of the European nations hit hardest by the pandemic. When it was finally made possible, they were thrilled to be able to walk together again. Soon after that, the flames of enthusiasm spread across Europe. 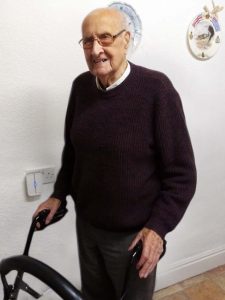 The eldest participant was Daniel in the UK, a gentleman of 97 years. Despite his physical limitations, his enthusiasm won over and he managed to walk 20 km. He used his walker and measured the distance by doing 200 laps around the kitchen table.

In Ireland, Annette and Arya walked around an island in Dublin Bay and also used the opportunity to pick up litter. Meanwhile, participants in the Lapland region of Finland braved the start of winter weather, as it is one of the coldest places in the world. They had their walks in the snow while the sun was shining only a couple of hours a day.

The wave of solidarity extended to dignitaries when the Mayor of Granollers, Spain, and his Deputy Mayor decided to take part. Mayor Josep Mayoral has been a key speaker at Amma’s program in Spain for many years and is also a member of the international organization Mayors for Peace.

A special floral decoration was created on the Onam day in front of Amma's...

On March 13, the Mata Amritanandamayi Math held its first brahmacharya and sannyasa initiation...
00:00:39 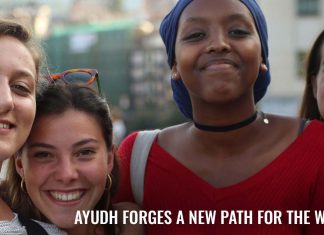 AYUDH forges a new path for the world’s future 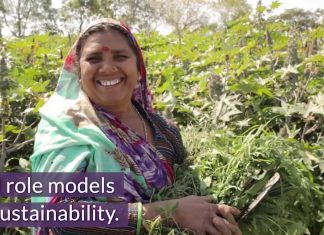 Amrita and Government of Israel pact a research project on Women...

February 12, 2019 0
On February 11, 2019, Her Excellency Ms. Dana Kursh, Consul General of Israel to South India (Bengaluru) inaugurated a new collaborative project at our Amritapuri campus. “Women in Sustaining the Environment” (WISE) is a research project between Amrita and Tel Aviv University, funded by the Consulate of Israel to South India (Bengaluru). 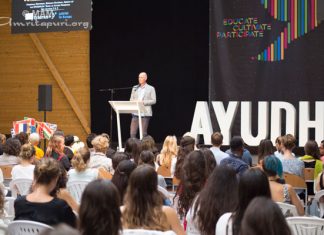 Youth call for a global change in educational systems

July 28, 2017 0
The concluding event of AYUDH’s 13th European Youth Summit was a panel discussion between youth and senior decision makers, entitled ‘Towards a Culture of...