Given the success of the these camps, Amma’s organization was invited to conduct another massive cataract surgery campaign in collaboration with “Vision Without Borders”, Spain, and the Ophthalmological department of Zambia Ministry of Health, and Amrita Zambia from April 13 to 21, 2019.

This was the third camp being organized in Zambia and 140 operations were performed by the team at the provincial hospital of Kabwe, located to the north of the country.
The operations were completely free of charge, which included glasses, and the travel of the patients. A total of 518 surgeries were performed (216 in Zambia, 232 in Kenya and 70 in Burkina Faso) The team consisted of two ophthalmologists, one operating room nurse, two optometrists and one theater volunteer. In addition, there were two local specialists in ophthalmology and a couple of translators.

All the patients who attended the camp had visual acuity of less than 10%. Most of them could only see light perception or hand movement, which showed how advanced the cataract was. Though most of the interventions were for cataracts, capsulotomies and pterygiums were also performed during the camp. A 14-year-old boy (pictured above), who had an accident a week before the camp, was operated on, to cleanse the blood in the anterior chamber. He had an accident 1 week before and had not received any medical care, and could have easily lost his eye-sight had he not received the treatment. The smiles on the faces of the patients after the surgeries conveyed the gratitude and happiness they all felt in their hearts towards the team and organization. The efforts put in to organize the camp by Amma’s devotees and well-wishers in Zambia was really inspiring. 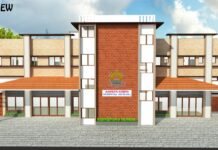 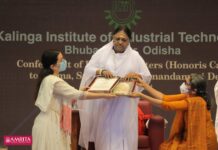 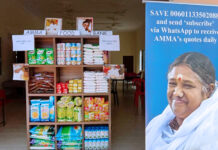