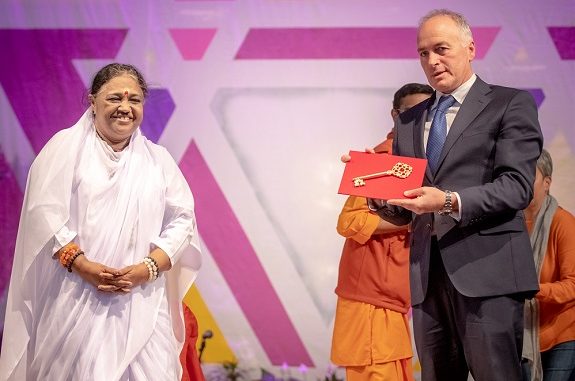 During the 29th year of Amma’s visit to Italy, A new multi-purpose hall in Valfornace, a country hit by the earthquake of 2016 was donated by Amma to the government administration. Massimo Citracca, mayor of the Marche municipality, received the key to the structure. The event took place in the presence of Emanuele Antonelli, mayor of Busto Arsizio and president of the province of Varese, as well as the directors Giacomo Campiotti and Thomas Torelli.

The antivirus that makes the walls fall

“We had one hundred percent of the public facilities destroyed by the earthquake. And now, thanks to Amma and her volunteers, we have a new, splendid, community service” said Citracca, who reciprocated with a plaque. “I will bring Amma’s embrace to everyone. It is the first time I have met her, but I will return, because I have known an exceptional organization ” 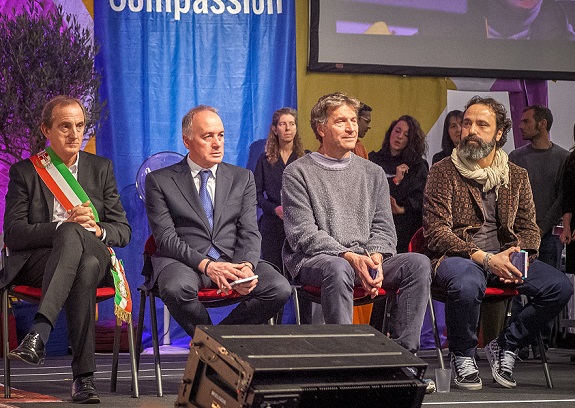 As Antonelli pointed out, once again Busto was chosen, and the province of Varese, for the only Italian stop on Amma’s European tour: “It’s an extraordinary opportunity, and every time it’s exciting. With a symbolic gesture, and at the same time concrete, it opens its arms to the other, spreading to the whole world with the social activities it carries out. Her global attention to those in difficulty adds enthusiasm to my commitment “.

Campiotti, who directed the TV series “Braccialetti Rossi”, drew attention to the number of those present: “It is incredible how many we are, at a time when people in the West are struggling to find each other. Amma has radically changed my way of being and working: I’ll do like the bee with the flower, trying to suck as much as possible and trying to pollinate things around.” 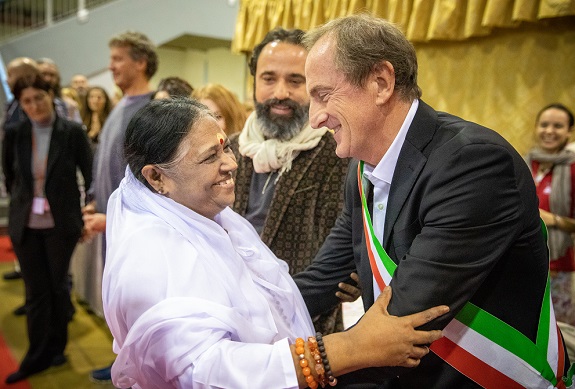 The anniversary of the fall of the Berlin Wall was at the center of Morelli’s reflection, author of the documentary “Choose Love”: “In 1989 there were only sixteen dividing walls in the world, now they have become seventy, and they continue to build: what happened? We must be the antidote in our own small way. Thanks to Amma we can become the antivirus that makes them fall ».