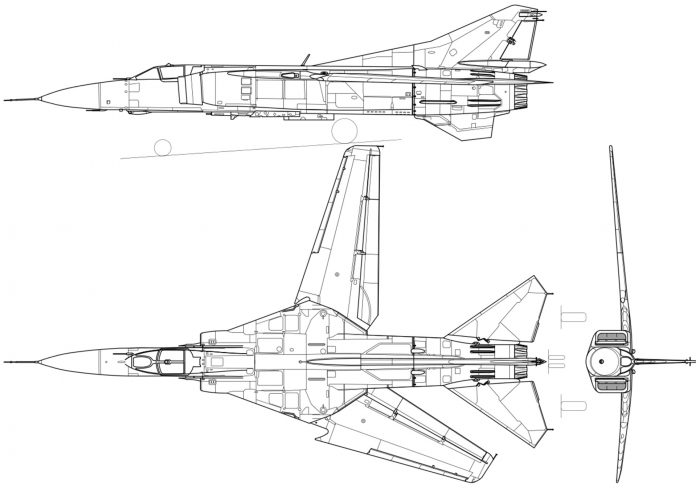 A new department of Aerospace Engineering was started at the Coimbatore Campus in 2007. Recently the department obtained a fighter-aircraft MiG-23 from the Ministry of Defense.

“When fully assembled, this will be an attraction for all,” stated Dr. Chandrasekhar, the Dept Chair. Dr. Chandrasekhar joined Amrita from IIT-Bombay with over three decades of teaching and research experience in aerospace engineering at that institution.

The MiG-23 manufactured by the erstwhile Soviet Union in the 1970s used to be a prize possession of the Indian Air Force. Now there are newer generation fighter-aircrafts like the MiG-27 and MiG-29. “With this acquisition, students will be able to better study the functions and workings of various subsystems of an aircraft,” added Dr. Chandrasekhar.

Over 135 students are currently enrolled in the Aerospace B Tech program. In addition to working on funded research projects, faculty members are engaged in setting up state-of-the-art labs, including an Aerodynamics Lab, Aerospace Structures Lab, Propulsion Lab and Flight Dynamics and Control Lab. The MiG-23 will be part of the Aircraft Design Lab.
“The majority of its subsystems are already in place,” stated Guruvayurappan, who is overseeing the process of transfer and assembly of this unique one-of-a-kind acquisition by Amrita. “This fighter aircraft is an excellent educational model for students. They will have an opportunity to lay hands on a real-life aircraft and its subsystems; they will get a first-hand experience.”