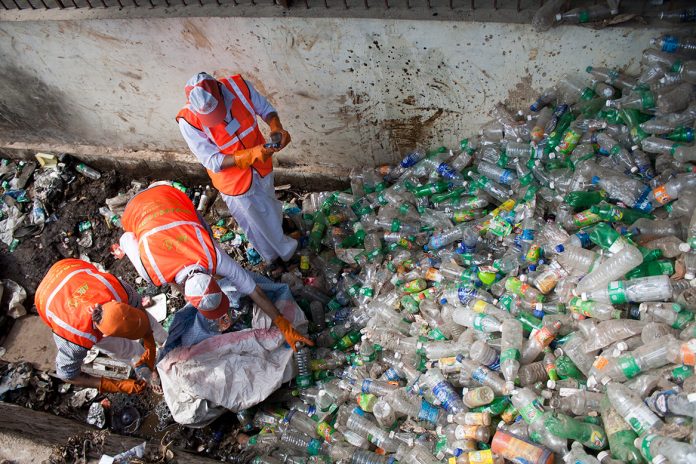 As the popularity of the famous Hindu temple at Sabarimala increases with each year, authorities are faced with a huge garbage problem.

This year, 35,000 big bags of garbage were taken out from the shrine complex and the foothills in a massive clean-up operation initiated by by the Mata Amritanandamayi Mutt.

As happened last year, this year too more than 5,000 volunteers arrived for the first round of clean-up on the call of guru Ma Amritanandamayi, popularly known as Amma.

The clean-up operation was held Nov 3-4 and shrine authorities the complex is now spruced up and ready to receive the new batch of pilgrims.

“Our volunteers sorted out items that could be burned and used the incinerator at the hilltop. The things that could not be burned will be given to the district authorities, who have promised help with garbage disposal. Among the volunteers were foreigners too (who are devotees of Amma),” Sudeep, director of the Amritapuri Brahmachari, who led the clean-up work, told IANS.

Sudeep said volunteers collected more than 35,000 big bags of waste material, including clothes and plastic, from the shrine, from the foothills of the temple and the river left behind by the pilgrims.

It is estimated that around 15 million pilgrims visited the hill shrine in the last pilgrimage season.

The temple, situated on the Western Ghats, is 914 metres above sea level, four km uphill from the Pamba in Pathanamthitta district. The temple is surrounded by dense forests.

Even though the temple is open on the first few days of every month of the Malayalam calendar, the pilgrimage season begins around the third week of November and extends for two months.

The temple closes again soon after the first day of the Malayalam month Makaram, which falls in the middle of January every year.

The state government and its departments like the police force have taken up another operation, Punyam Poonkavanam (sacred forest grove), aimed at making the Sabarimala hill shrine garbage-free.

The forest department, with help from volunteers of the Akhila Bharatha Ayyapa Seva Sanghom, cleaned up the temple town and the approach roads that pilgrims use.

It has also put up boards to urge conservation of the forest and cleanliness along the route of the pilgrimage. The paths to the temple are cleaned every alternate day.

The river Pamba, which flows near the foothills of the shrine, and in which devotees take a customary bath before climbing uphill to the temple, is also under the care of the Kerala State Biodiversity Board.

KP Laladhas, member-secretary of the Board, said a meeting had been held to initiate steps for the conservation of the river.

“Pilgrims have taken to leaving behind their clothes once they finish the pilgrimage. We are taking steps to create awareness of this problem,” Laladhas said.

Sabarimala pilgrims traditionally wear plain black while on pilgrimage, and refrain from shaving in the period of the pilgrimage.

The Sabarimala temple is a major source of revenue for the Travancore Devasom Board, and the aggregate revenue earned at Sabarimala in the 2011-12 pilgrimage season reached Rs. 174.20 crore, up from Rs. 153 crore during the same period in the 2010-11 season.

Cross-Posted from The Hindustan Times

>> Download the eBook - Nature is Love: Greenfriends & Healing Our World Today is Earth...

Inspired by Amma's messages and seeing the success of the Japanese Miyawaki forest technique,...
00:01:42

Independence Day was celebrated with the right degree of pomp at Amritapuri on August... 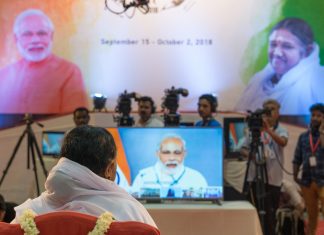 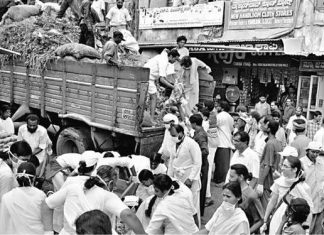 May 4, 2011 0
Many followers of Mata Amritanandamayi cleaned the central market area on Tuesday morning. Foreigners were among the volunteers. They picked up the discarded footwear, plastics,... 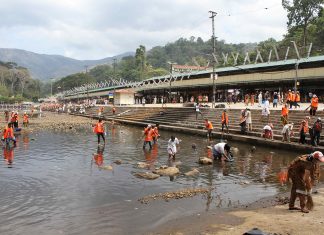 Drive to clean the Pampa River launched by Amrita

March 26, 2012 0
High Court had ordered clean-up within 10 days The district administration launched a “Clean Pampa” drive at Pampa on Sunday with the Kerala High Court... 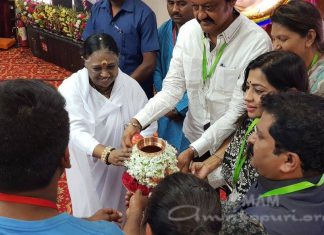 March 2, 2019 0
Amma launched AYUDH Pune 2019 project 'Punarjani'- The River Clean up and Maintenance Project during the second leg of Her Bharat Yatra 2019. Inspired by...