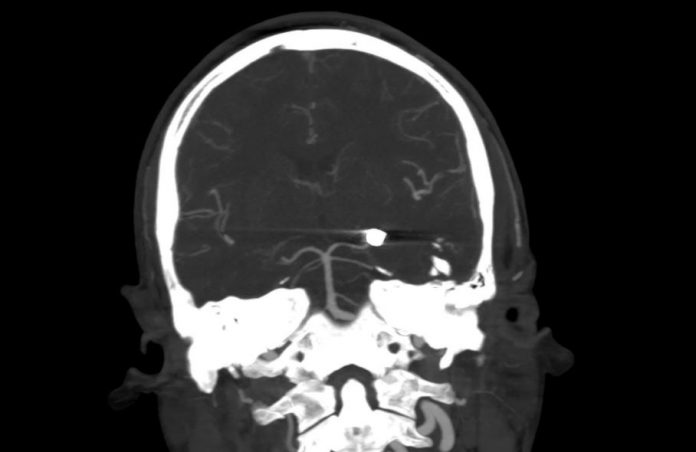 A 30-year-old male patient was brought to Amrita Hospital by his relatives with a gunshot injury on 30 October. He was accidentally shot by his 10-year-old student friend from a distance of 3-4 feet with an airgun which resulted from an injury over the left temporal region, 2 cm anterior to triages of the left ear causing profuse bleeding. The patient was first taken to the nearest hospital in Trichur where his injury was evaluated. The CT brain plane showed a metallic foreign body consistent with a bullet lodged in the left temporal lobe with possible fragmentation adjacent to the entry site of the left temporal bone.  He was referred to Amrita Hospital for further treatment.

At Amrita Hospital he underwent robotic guided endoscopic assisted surgery lead by Surgeon, Dr.Parasuram of Neuro Surgery Department. It showed that the pellet was lodged close to the left side of the brain and there was no pseudo aneurysm involving intracranial blood vessels. The relatives were briefed in detail about the critical nature of the injury and possible neurological complications after the surgery. They were also told that it may not be possible to retrieve the pellet if there is a possibility of injury to the surrounding neurovascular structures. The consent for the surgery was obtained. He was then prepared for robotic guided endoscopic assisted surgery for retrieving of the pellet. After clearing pre-operative anesthesia evaluation he underwent ROSA guided endoscopy assisted surgery on 5th November.  It was done by making 3 inch small incisions in the skull. The gun pellet was successfully removed by ROSA.  After the surgery he was shifted to ICU for neurological stability. And the visual and general health condition of the patient was also reported as normal. The endoscopic procedure done for the patient was successful and he was discharged within a few days. 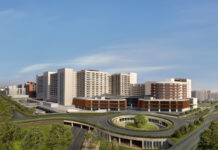 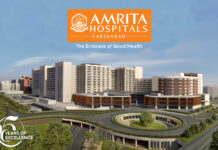 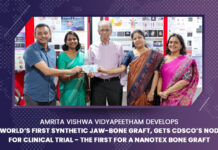 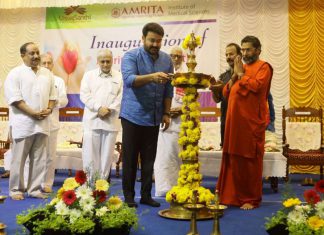 August 6, 2019 0
ViswaSanthi, a non-profit organisation established by Actor Mohanlal in the name of his parents, have launched the Amrita-ViswaSanthi Health Care Project. The project in... 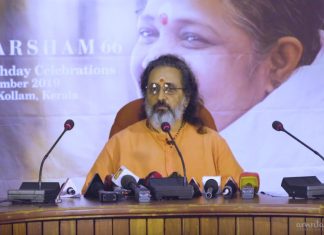 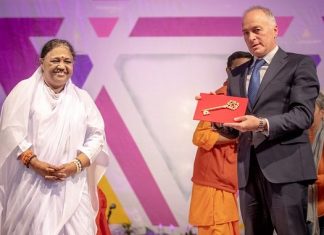 An Embrace Against the Earthquake, New Hall in Valfornace, Italy 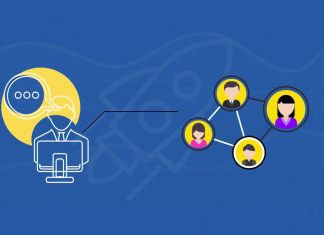 Technology Enabling Center for the State of Kerala Launched at Amrita

September 29, 2019 0
It is the vision of the Government of India’s Department of Science & Technology to have one centre per state to serve as an...