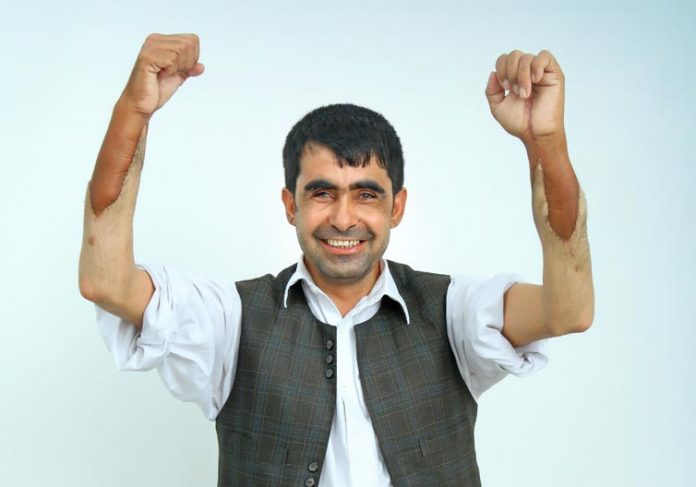 Usually, whenever I write, the details are so smudged and distorted that no one can make out the persons involved, and patient privacy is protected. In Manu’s and Abdul Rahim’s case, there is no need. We have received written permission from them to use their stories to create awareness of organ donation.

Abdul Rahim, a captain in the Afghan army, was a bomb diffusion expert. He had inactivated about two thousand Taliban bombs in his lifetime. On that day when he lost his hands, he had worked successfully through thirty deadly explosive devices. Then he sat down to work with the last one.

But the last one was different. It was a plan.

As soon as Abdul Rahim touched it, it went off- Bang. The bang must have been louder than I or you could ever imagine. It blew off both his hands.

A deliberate attempt at homicide.

“They had a price on my hands”- He had said. The man who took them got forty lakh Afghan rupees, from the Taliban organization.

Six years back, he had come. No hands. A thirteen-year-old son was his hands. He was the most devoted son you could imagine. They stayed in Kochi for over a year, on the waiting list. The Afghan government was footing the bill.

Here, one should understand that, Abdul Rahim was a captain in the army of the America-backed Afghan Government at that time. Trying to get the surgery done at the US was an option.

“I didn’t want to go to America. It is not a good country.” He told us.

“Yes. India is good. That is why we come. We like India. Not America. America not good.” He was quite blunt about it.

The interesting thing was, he and the people for which he was fighting for, shared the same values and culture of the enemy against which they were pitted. The Terror was just an extreme, puritanical version of the cultural scaffolding that formed their social organization.

Months had to pass after the surgery, for him to regain the use of the transplanted hands. Dark hands contrasted with his fairer skin. The family of a young man, tragically dead from an accident, was kind enough to allow them to be given to him. He was itching to avenge his loss.

“I have to go back. Pay them back.” That was his motivation.

He became a celebrity in that part of the world. That made him an automatic target. Last time when he came, he told us that he hardly ever slept. Most of the night he roamed around his house where his wife and children slept, Gun in hand, along with the one or two guards he was provided.

We thought he was getting paranoid. But he wasn’t.

A few days back, they got him. A bomb, planted under his car went off. He was killed instantly. He was a Major in the Afghan Army by then.

The son- he was also there with him. They told me that he escaped with injuries.

I can picture him lying in the hospital, barely out of teenage, dreaming of the day when he could carry the gun, and wage the war.

“What a waste of manpower- doing that challenging surgery on him”- Someone told me.

Maybe he was right. But I cannot agree. His was a world, that we moderns just cannot visualize, you or I. Universal human values, Non- Violence, Tolerance – all these makes sense only in the confines of a secure benevolent country. Long life was not a requirement. That was never taken for granted. But war was. It was better to die than to survive as an invalid. Dissent was never with words, but with bullets.

But what are we? Where do we live? We could be just a few meters away from the slippery slope that might take us there. Who knows? The comforting certainty of who we are can change rapidly. Images in the mirror are closer than they appear. 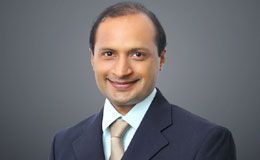 Since 2013, Embracing the World Kenya and Vision Without Borders, Spain have collaborated with local doctors...

Amrita School of Ayurveda organized an event in connection with National Ayurveda Day. They...

The new 50 bedded Amritakripa Multispecialty Hospital will be constructed on the premises of...

A team of 30 members including 10 doctors, 10 paramedical staff, and 10...
Previous articleMaha Shivratri Celebrations 2020 with Amma, Sadguru Mata Amritanandamayi Devi
Next articleMeeting Amma and being in her presence was the most emotional moment of my life – Sharada