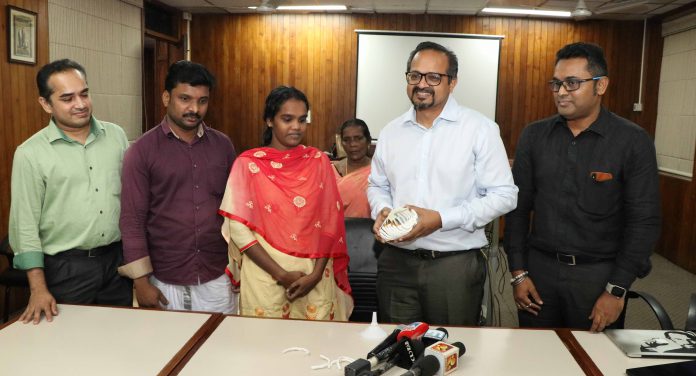 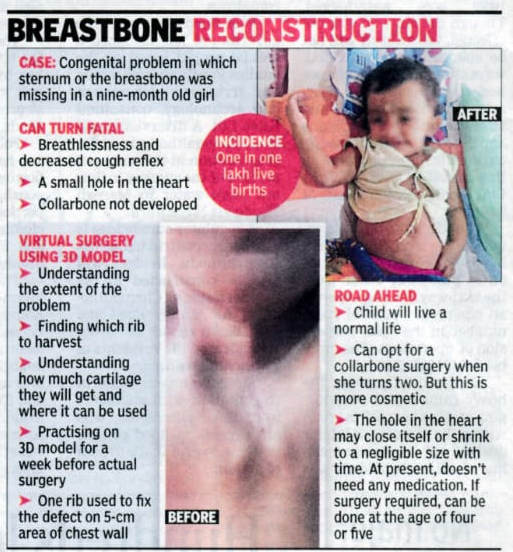 Athmika’s mother was terrified when she first saw and held her newborn daughter. She could see her baby’s heart beating just below the skin of her chest as there was no bone covering the front of her chest.

It was discovered that Athmika was born with a rare birth defect called ‘congenital absence of sternum’ where the sternum or the ‘breastbone’ which normally forms the protective covering over front of the chest, had not developed. So the heart and lungs that lay beneath were exposed to injury. Her parents were scared to even hold her and feed her for the fear of injuring her heart.

Doctors told them that this was a rare defect and treating it was almost ruled out. All that they could do was to take extreme care to avoid direct injury to the heart. Hopeless and dejected, the parents had resigned to their fate and they lived with the const 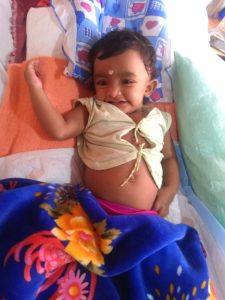 ant fear of losing their daughter.

A ray of hope emerged as the baby turned 8 months when they met the pediatric cardiologists at Amrita Institute of Medical Sciences. Among them was Dr Mahesh who has pioneered the use of 3D printing technology for medical applications and helped establish India’s first in-hospital medical 3D-printing lab in India, at Amrita.

On examining Athmika, the doctors decided to go in for an innovative approach in her treatment. They ‘printed-out’ a life-size model of the baby’s chest from her CT scan, using advanced 3D printing software and 3D printing machines within the hospital. This was perhaps the first time in the world that 3D-printing was being used to understand and treat such a defect. 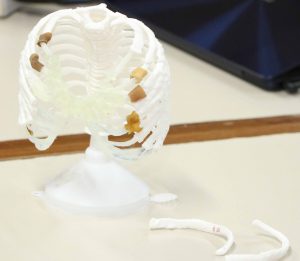 A multidisciplinary team led by senior plastic surgeon and professor Dr. Sundeep Vijayaraghavan, Dr.Brijesh PK (pediatric cardiac surgeon), Dr.Mahesh (pediatric cardiologist) and others, extensively discussed and planned the surgical repair that involved a complex reconstruction of the missing bone (sternum) by using a part of the baby’s own rib. The surgery was meticulously planned using the 3D printed model of the baby’s chest, simulating the exact steps of the procedure on the model.

Dr.Sundeep, assisted by Dr.Brijesh, and Dr.Praveen executed the difficult 7 hours long surgery on 25th July. As planned, a part of her own 7th rib was used to reconstruct the missing bone of her chest.

Athmika has recovered well from the rare and difficult procedure and now looks normal. The bone used to recreate her sternum will grow with her, always keeping her heart safe within her chest. Her parents are no longer afraid to hold their baby and are praying for her to have a happy and healthy life in the future. 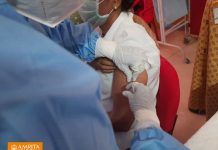 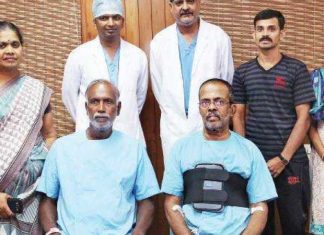 January 18, 2019 0
Four patients have successfully undergone surgery for repairing Type A aortic dissection at Amrita Institute of Medical Sciences within a span of 10 days.... 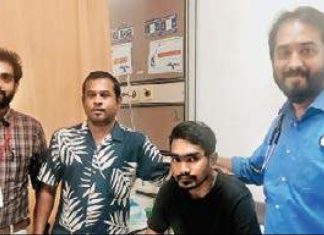 July 29, 2019 0
Mohammed Anwar, a 24-year-old, resident of Maldives who was referred to Amrita Hospital, Kochi following serious breathing issues after a bike accident in Maldives... 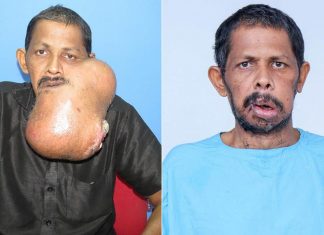