Forum in Bahrain: Unity of faiths for world peace 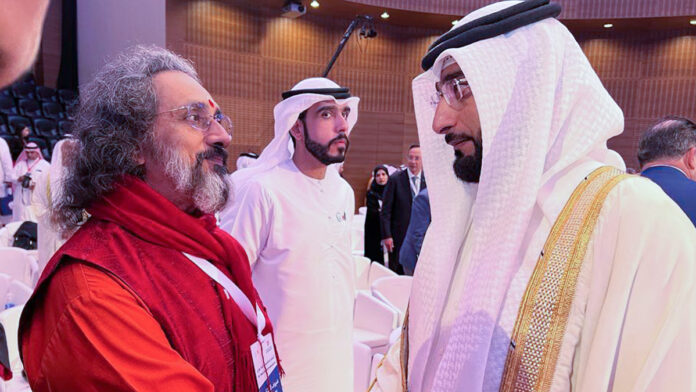 On behalf of Amma, Swami Amritaswarupananda Puri attended the Bahrain Forum of Dialogue: East and West for Human Coexistence. More than 200 religious leaders from around the world were also present, including Pope Francis and Sheikh Ahmad al-Tayyeb, Grand Imam of Egypt’s Al-Azhar Mosque and University. As an inter-faith gathering, the event fostered the movement to bring people of all creeds together for the sake of the world.

The conference took place at Al-Sakhir Palace under the patronage of King Hamad bin Isa Al Khalifa from November 3-4. It was organised by the Muslim Council of Elders, an international group founded in the United Arab Emirates in 2014 to work together to promote peace, principles of tolerance, and address sources of conflict within Muslim communities.

With this forum for all faiths, the Council’s aim is to open its doors to others and strengthen cooperation between all of humanity regardless of race or belief. It also seeks remedies for extremism, violence, and terrorism. The intention is to hold several periodic meetings with the world’s major religious institutions to discuss four main points: