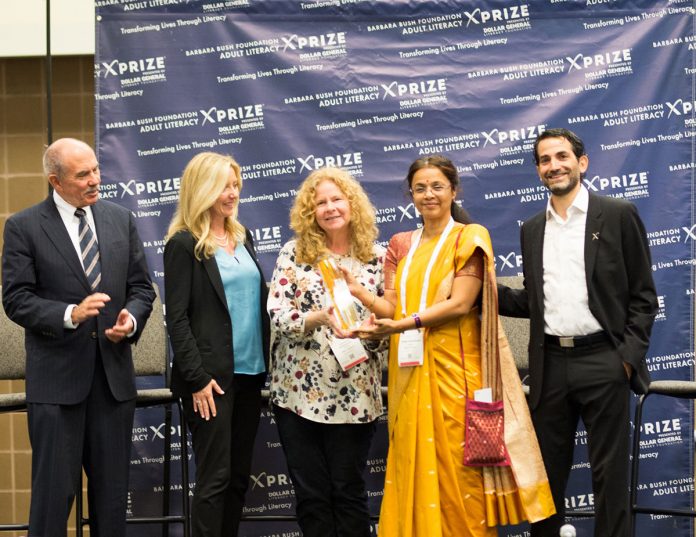 A learning app for adults with low literacy skills developed by Amrita Vishwa Vidyapeetham has entered the finals of the Barbara Bush Foundation Adult Literacy XPRIZE in the US, earning the top private Indian university $100,000 in prize money.

Amrita is one of only five institutions from around the world to enter the finals of this prestigious global competition to develop apps that would lead to the greatest increase in literacy skills among adult learners in just 12 months. The five finalists were announced at the 2018 American Library Association (ALA) Annual Conference and Exhibition in New Orleans.

The Amrita Learning App was developed by an 18-member team from the university’s Center for Research in Advanced Technologies for Education (Amrita CREATE), led by Dr. Prema Nedungadi. She said:

“We are absolutely thrilled to be selected as a finalist in the Adult Literacy XPRIZE. It was Amrita Chancellor Sri Mata Amritanandamayi’s vision of ‘quality education for all’ that motivated us to develop the app and compete. Reading is one of the golden keys that can break the cycle of dependence, depression and incarceration among adults. We are happy to know that learning apps which have entered the finals will be widely distributed in the US and elsewhere.” 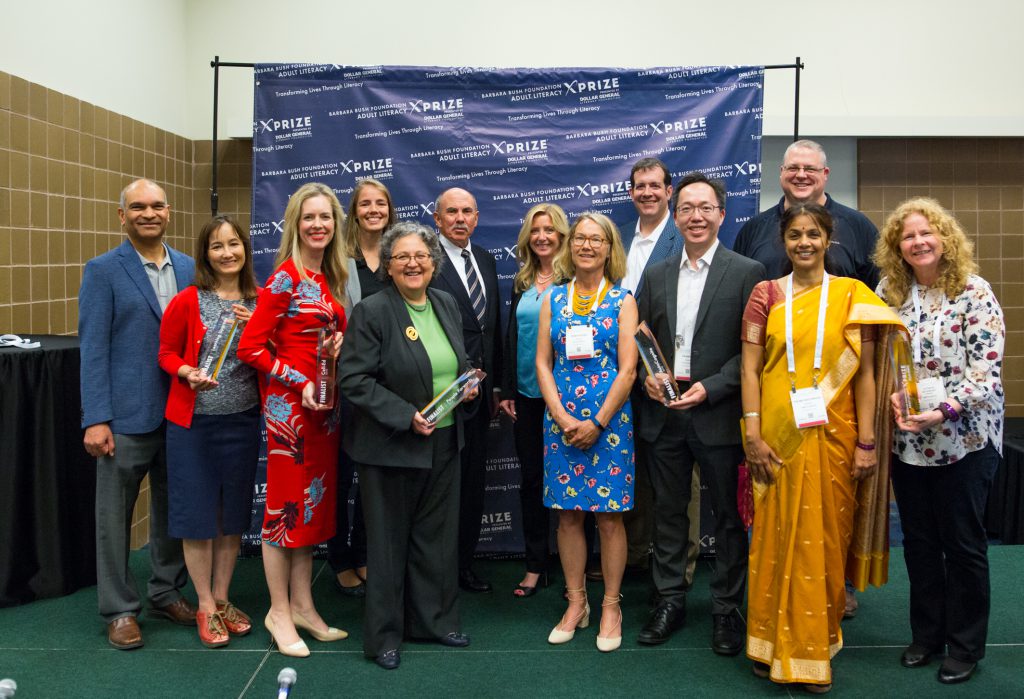 The Amrita team has created a personalized learning app along with engaging, culturally appropriate e-content linked to life skills. It provides instructions to adult learners from alphabets to the fifth standard reading level. “There is substantial Spanish language support throughout the app; games and a Picture Dictionary support the main curriculum. True and fictional passages are designed specifically for adults, supported by human voice audio. We believe this educational approach will engage and uplift our readers, so they may persist until they succeed,” added Dr. Prema Nedungadi.

Teams from around the world are competing in the multi-stage competition that tests for ability to increase the literacy level of low-literate adults within 12 months, creation of a design that is easy and accessible for use on a mobile phone, and software curriculum that is engaging and relevant for adult learners.

A $3 million grand prize will be awarded to the learning app that shows the best performance across all adult learners over a 15-month, 12,000-person field test, which is currently on going in Los Angeles, Dallas and Philadelphia. The winner will be announced in early 2019. Two $1 million Achievement Prizes will also be awarded to the two teams with the best performance in each of the two key demographic groups: native English speakers and English language learners.

The US has 36 million adults with low literacy skills. The Adult Literacy XPRIZE aims to change the way their needs are met by tackling the three challenges to achieve basic literacy: access, retention and scale.

“We are very proud of our app and its ability to help people learn to read, so we would like all major social-service providers and adult educators to become sufficiently familiar with it to promote its widespread distribution to adult learners. Use of the Amrita  Learning App should increase the user’s literacy to a point where his or her learning begins to naturally increases exponentially as they participate more in society and notice the reading opportunities that surround them daily. From there, we hope that users feel confident to engage more fully in civic life and become more economically sufficient.”

Amrita CREATE is a division of Amrita Vishwa Vidyapeetham, a five-campus private university in India whose Chancellor is the world-renowned spiritual leader and humanitarian Sri Mata Amritanandamayi (Amma). Its parent organization, Embracing the World, works to help alleviate the burden of the world’s poor through helping to meet each of their five basic needs — food, shelter, healthcare, education, and livelihood — wherever and whenever possible.

Embracing the World is especially focused on helping to meet these needs in the aftermath of major disasters. Amrita CREATE is focused on developing technological solutions to alleviate lack of education in underserved communities.

Amrita CREATE identifies underserved populations and the sorts of services that will best serve these populations. It then develops technological solutions to these problems and train field volunteers and student interns to deliver these solutions as part of their coursework.