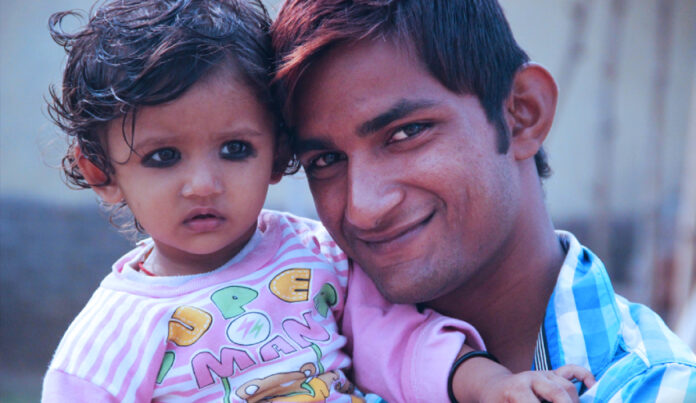 So far, men and boys have been largely excluded from the discourse on promoting gender equality. Most of the programs designed to achieve gender equality focus exclusively on providing women and girls more opportunities and resources to lead a better life. While such efforts are essential and have helped countless women, research is showing that the effects of these programs are too often short lived and long-term women’s empowerment is not achieved. There is mounting evidence that the main reason for this is that the larger community is not ready to support this change to their cultural norms. It is also well recognized that men still act as a kind of gatekeeper for social change, playing an essential role in determining what is acceptable for a community. What this means is for sustainable gender equality to truly succeed, it will require the participation of both women and men. This imbalance is not a woman’s issue alone, but a human rights issue that affects everyone in society. The engagement of men and boys as part of a solution is therefore crucial. In order to begin a paradigm shift, Transforming ‘MEN’talities: Gender Equality and Masculinities in India was written in collaboration between UNESCO New Delhi and our UNESCO Chair on Women’s Empowerment & Gender Equality at Amrita Vishwa Vidyapeetham. Under the guidance of Dr Bhavani Rao R, the report was authored by fellow university researchers Mr Christopher Kripasagar Coley and Ms Kripa (CM) Gressel.

“By offering unique ways of engaging men and boys for gender equality, the report seeks to embed the idea of men with women, instead of men versus women, into the gender equality discourse,” says Eric Falt, Director of UNESCO New Delhi. The report’s focus is on the role men and boys can (and should) play in achieving gender equality across India, a nation rich in its diverse cultures. It defines perspectives that act as starting points to apply its findings on a global basis. This leads to a vision and actions that tackle the persistent gender-based inequalities that women and girls face and aims to demystify gendered social roles and their origins. “In essence, this report is an academic perspective on Amma’s quote ‘Like the two wings of a bird, both women and men are of equal value, for without the two in perfect balance, humanity cannot progress,’” explains Ms Gressel.

“We keep this quote at the heart of all we do at Amrita’s Center for Women’s Empowerment & Gender Equality, and strive to bring this message to the larger audience. Men and women cannot survive without one another, and it is imperative that we find methods to address existing power imbalances and inequalities in such a way that both genders are happy and thriving.” As one of the champions of the UN’s sustainable development goals, UNESCO’s overall mandate is in line with the 5th goal: to combat all forms of women’s disempowerment at its roots and reshape social norms that perpetuate gender-based discrimination. The report advocates for change not only at the community level, but also at the individual and family levels through legislation, education and advocacy. It affirms that inequality exists foremost in our minds, in our biases and prejudices, and is reinforced by the society in which we live. Therefore, a social revolution must be achieved in tandem with a revolution of the mind. It is also recognized that the best way to inspire such a personal change is through creating supportive and forward-thinking social environments. These can be promoted by many stakeholders, including government ministries, NGO programs, local faith-based groups, schools, and other grass-roots organizations. This report offers strategic recommendations for how such groups can better engage men and boys in promoting gender equality. Such recommendations are urgently needed to speed up positive changes in our society. “It is not acceptable that, according to recent findings, it may take about 136 years for women and men to reach gender parity, along a number of dimensions, including economic opportunity, political power, education or health,” says Gabriela Ramos, UNESCO Assistant Director-General for Social and Human Sciences.

“I am terrified reading that 1 in 3 women around the world, that is, a staggering 736 million women, may experience physical or sexual violence. It is neither acceptable that, even if policies and practices are being adopted for gender equality, progress is so slow.” Just after the initiation of the study, the COVID-19 outbreak began and set a whole new context for the perpetuation of violence against women and girls, particularly domestic violence, as people faced the pandemic’s medical consequences, lockdowns and job losses. This laid out an even more urgent context for the team in addressing the issues. “Amrita, as an extension of the inspired vision of Amma, is uniquely qualified to write this report. The messages and recommendations, as well as the perspective used to discuss all of the sensitive, complex issues are rooted in the charitable works done by the university,” says Mr Coley. “It is from the many experiences in the 101 Adopted Villages project, through working compassionately alongside the people in the villages, that we can better understand the problems that real people face. We tried to imbibe this spirit of service throughout the report in order to point out, like Amma says, that the poverty of love and compassion is the primary issue, not just the poverty of money.”

This report sought to lay a roadmap for how India might best engage men and boys in gender equality. These concepts are just the beginning and require the cooperation and collaboration of experts from every sector. The report draws from multiple fields including Indian history and sociology, examines Indian laws from the past 70 years, and evaluates close to 100 stakeholders in their efforts. One of the major findings is that India has almost no history of engaging men and boys in gender equality and will require strategic resource mobilization and strong leadership to make lasting changes. Still, there are some success stories and much hope for the future. A fundamental shift in perspective that the report hopes to achieve is the recognition that gender equality is essentially a relational phenomenon that represents a dynamic of power, resources, and access to opportunities. Solutions must find a balance where everyone can prosper, and everyone can participate in the design and implementation of interventions. Such participatory and inclusive methods are a foundational part of what the UN calls “Gender Transformative” approaches that have the best chance for sustainable success. At its core, “transforming ‘men’talities” is a social process with deeply personal consequences where men and boys are also empowered to critically evaluate national and regional norms of masculinity and challenge gender stereotypes and negative attitudes and behaviors.

This can be achieved through multiple means and across focus areas, but must begin at a point of empathy and understanding for the complex and varied cultural legacies of and influences on the masculine archetype. To adapt the words of the late visionary, Nelson Mandela: “No one is born oppressing others due to their gender, it is learned. And if they can learn to oppress, they can learn its opposite.” The promise is that this positive transformation, already underway, will continue and lead to an India where everyone has an opportunity to thrive and progress without the burdens of gender discrimination and limited social roles. These solutions are groundbreaking means for other nations and cultures to assess and adapt to their own social contexts.

Bhajans to mark the beginning days of Amrita Hospital, Faridabad

Pujya Swami Amritaswarupananda Puri leads a session to celebrate many firsts for the hospital....

The Times Higher Education (THE) Impact Rankings has rated Amrita Vishwa Vidyapeetham the top university...
Previous article
Volunteers in Malaysia supply food to people in need during the country’s national lockdown
Next article
AYUDH India : Delivering food and support in the fall out of COVID-19’s second wave