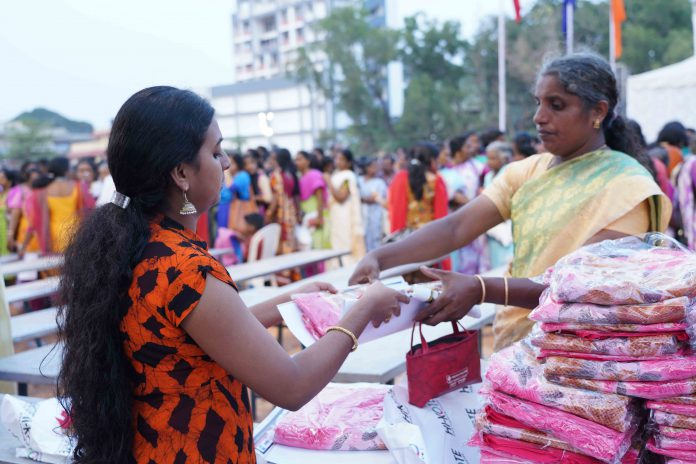 Amrita SREE community-based self-help programmes came into existence as an endeavor to provide alternate livelihood to the fishing community which had lost everything in the devastating Asian Tsunami of 2004. Initiated by the Mata Amritanandamayi Math on the directive of Amma, Amrita SREE puts into practice her vision of ‘empowering lives through empowering women’.  During the 15 years of its existence, Amrita SREE has come a long way in transforming countless lives and communities across the nation and became a force to reckon with in the realm of women empowerment. 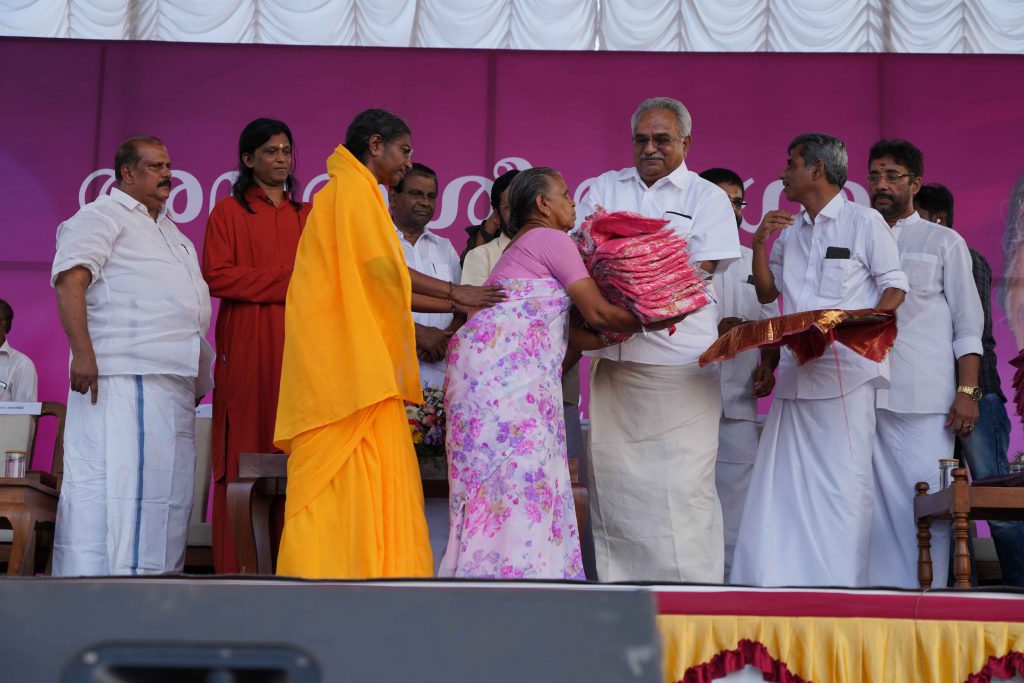 These facts were put into perspective by Swami Jnanamritanandapuri, while delivering the benedictory address at the AmritaSREE district conclave organized at the Nagampadam ground here. Elaborating further about the inception of the programme, Swami talked about the broader vision of Amma which considered the happiness of women to be a prerequisite for achieving peace in the society. 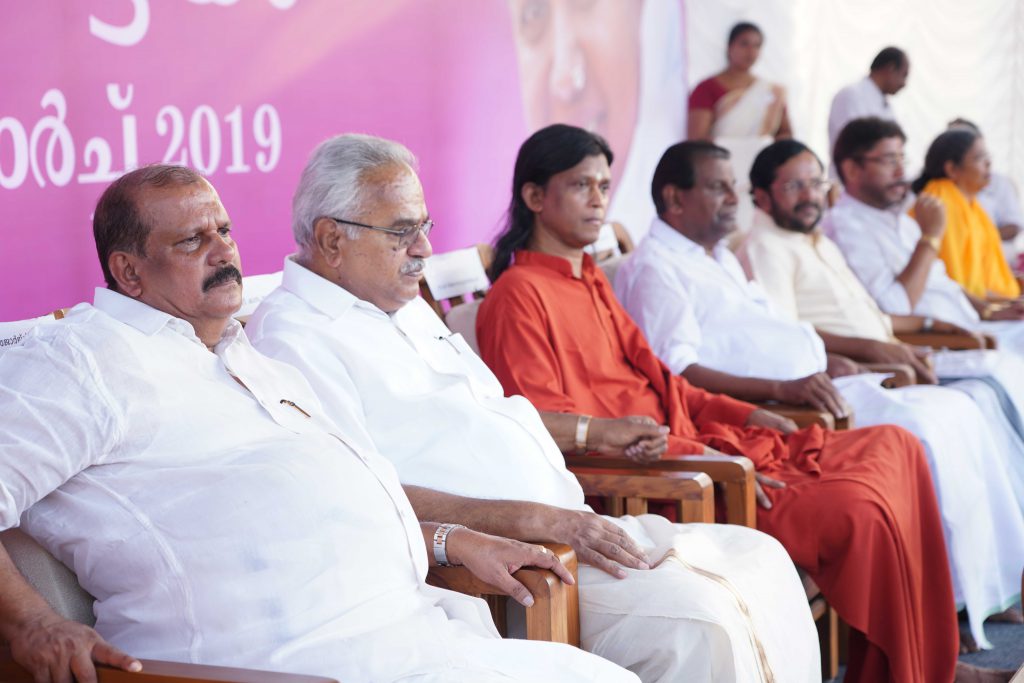 The conclave has also discussed about the development and disaster management activities undertook by the Math over the years including the behemoth rehabilitation effort carried out at the time of the Tsunami. Even the Government had found it difficult to carry out the relief activities effectively without the help of the Math during the Tsunami disaster, many of the public servants have pointed out. They have expressed the opinion that without the relentless relief activities undertaken by the Math at times of natural calamities, the state of affairs in Kerala would have been in a pathetic state. The speakers including former ministers have praised the Amrita SREE initiative as an ideal model of microfinance worthy of adapting all over the world and stressed the need for popularizing the programme across the borders.