Amrita SREE is compassion in the form of a mother’s love: KN Unnikrishnan, Kerala MLA 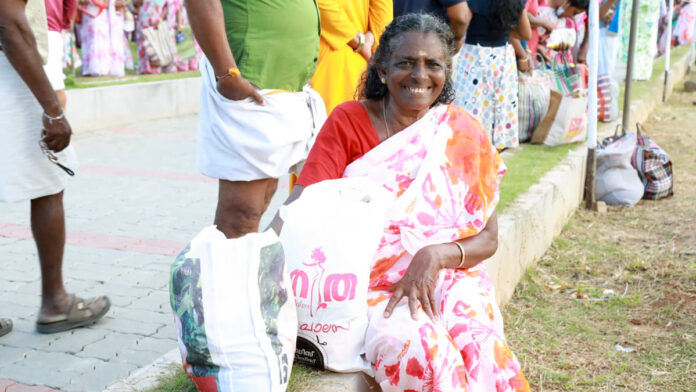 The first annual meeting for Amrita SREE self-help groups in Kerala’s Ernakulam district took place today in Paravoor. KN Unnikrishnan, who is the MLA for the state’s Vypeen constituency (Communist Party of India, Marxist), addressed the gathering. He said that Amrita SREE is a gesture of love for society’s suffering and reaches all those in need of upliftment.

He added that in situations like floods and other disasters, such help reaches out to the common people in the form of a mother’s love, and, at the same time, what makes Amrita SREE unique is that it empowers women to stand on their own two feet.

Aid was distributed to approximately 10,000 women with Amrita SREE SHGs who attended the meeting. Support included food, clothing, financial assistance, and grain supplies, as well as working capital for each SHG with 20 members.

"Mata Amritanandamayi is a radiant expression of love, and this love can be seen...