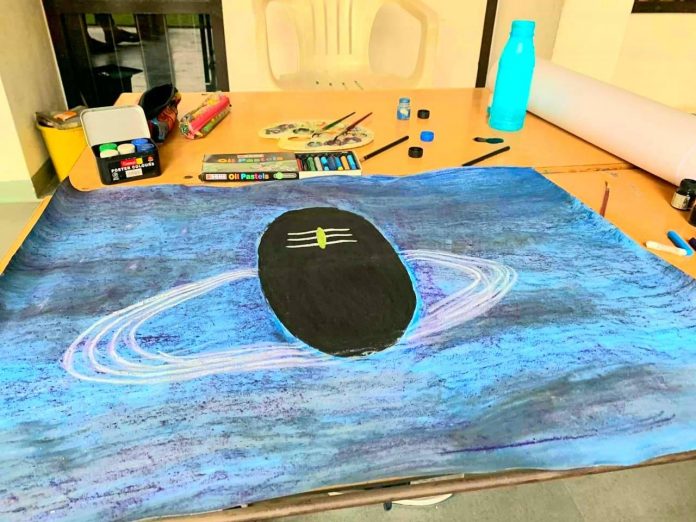 This Shivaratri was celebrated by AYUDHians all over the nation with various activities.

Shivratri is a celebration of sacrifice, dispassion, and renunciation that teaches us to abandon all other thoughts in contemplation of God and to realize the ultimate purpose of human life.

AYUDH Pune team celebrated Shivaratri at Ghoradeshwar Temple by cleaning up the temple premises. By understanding the fact that Cleanliness is way to Godliness, the AYUDHians decided to do this noble act on the occasion of Shivratri. Ghoradeshwar Temple is an ancient cave temple dedicated to Lord Shiva. Thousands of devotees of Lord Shiva visit the Ghoradeshwar Temple during the auspicious occasion of Maha Shivratri. The Ghoradeshwar Temple is in the main cave and houses a Shivalinga. One can sit here for a while, meditate and soak in the divine atmosphere. There is also a temple dedicated to Lord Vitthal and Goddess Rukmini in one of the other caves in this complex. Another cave has an idol of Sant Tukaram, a revered 17th century Hindu saint, and poet. It is believed that he would often meditate at the Ghoradeshwar Caves. The team also had poster presentations during the trip in order to learn the significance of Shivratri. After the clean-up, the AYUDH team also involved in decorating the Brahmasthanam temple consecrated by Amma and organized Shivratri programs over there.

AYUDH Baneshwar team enthusiastically organized their first event after the Regional Camp on the occasion of Shivaratri. They decided to learn Amma’s message on Shivaratri and convey it to all their junior students. They made posters with various symbols and rituals observed during Shivratri and explained the significance of all those to the audience. They said they are so grateful to Amma for giving this opportunity for learning and spreading awareness to others.

AYUDHians of the Baneshwar chapter organized ‘Annadan’ in Swayambhu Shiva Temple. This is a famous Shiva temple where thousands of devotees visit during Mahashivaratri. After the Satsang and bhajans, the Prasad was served to devotees by the AYUDH team.

“It was a wonderful opportunity to serve others on the auspicious occasion of Shivaratri, we are experiencing Manav Seva is Madhav Seva,” said AYUDHians.

AYUDHians at Amdavad chapter organized an awareness poster presentation in Nalanda School. They explained the significance behind Shivratri celebrations and the meaning of symbols and rituals that normally practiced during Shivratri. There was an overwhelming response from the students. They said they are so grateful to AYUDHians for providing this opportunity to learn.

AYUDH Bhubaneswar chapter organized activity on spreading the real meaning and true essence of Shivratri in Gopabandhu school. The activity was conducted for School Children, who are the future and strength of our nation. AYUDHians discussed the various names of Lord Shiva, symbols and explained the real meaning & purpose of Shivratri, and how it helps and leads the devotees to realize the ultimate truth of human life. AYUDHians also explained Amma’s words that Shivratri is a celebration of sacrifice, dispassion, and renunciation, with the help of posters. It was followed by an interaction session with students and teachers on fostering sattvic qualities within us which were aimed toward self-enlightenment. The audience was extremely happy to learn from Ayudhians. At the end of the session, they had a photo session with the AYUDH team.

The enthusiastic team of AYUDHians from Goa presented some of the Amma’s words on Shivratri to a curious group of students at the Goa College of Commerce & Economics, Borda. At the end of the session,  many from among the audience came up to volunteer as part of Ayudh.

The AYUDH team felt immensely grateful to Amma for the opportunity to learn and spread the real meaning & purpose of Shivratri. They said that they were so lucky to be part of Ayudh India.

AYUDH Mumbai organized an interesting event to celebrate Mahashivaratri Mata Amritanandamayi Math, Nerul. It was an invaluable opportunity for Ayudhians to absorb Amma ‘s profound explanation about the symbolism attached to the compassionate Lord Shiva. Students from Shiravane Vidyalaya, Juinagar participated in the event. An audio-visual presentation was followed by a quiz based on it. All the participants were divided into groups and expressed their creative skills in a poster-making contest, depicting Lord Shiva and symbolism of Shivaratri. At the end of the event, AYUDH received a good number of new entrants into its fold. “It was a great learning time and this Shivaratri is so special for us. We are extremely grateful to Amma for this opportunity to have right understanding about our festivals and symbols. This give us more confidence in our Dharma”, said AYUDHians.

AYUDH Europe: Gathering for the first time after COVID-19