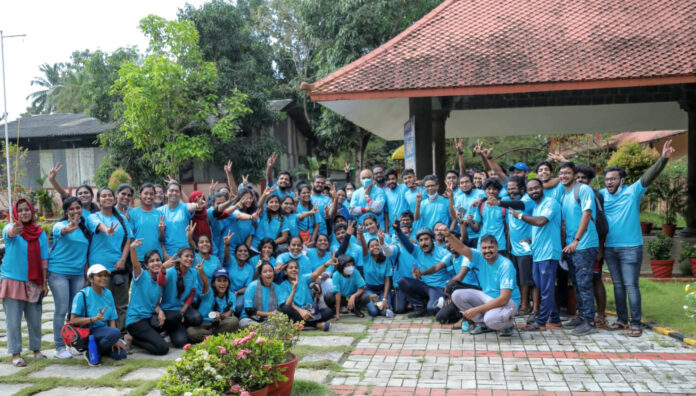 We are all hopefully beginning to see the light at the end of the tunnel— our probable emergence from the nearly two-year long COVID pandemic.  However, it is not safe to let our guard down as yet.   Lurking in the shadows of the global SARS CoV2 catastrophe is yet another formidable adversary—Antimicrobial Resistance [AMR].  Microorganisms, mainly bacteria which are resistant to every known drug are rapidly evolving as ‘Superbugs’ and bringing into the realm of distinct reality, the daunting picture of a post-antibiotic era, where humanity has no available cure for common microbial infections.

With this scenario as its focus, the World Health Organization [WHO] has initiated ‘ WAAW’ —  ‘ World Antimicrobial Awareness Week’ as an annual event. The theme for WAAW 2021, being convened during the week of November 18 to 24, 2021, is “Spread Awareness, Stop Resistance”.  The campaign for this year calls upon all stakeholders—all of us as the general public worldwide to be Champions of Antimicrobial Awareness, by spreading awareness of AMR, sharing information about the drastic consequences of AMR and how we as individuals, professionals, communities and populations worldwide can influence the emergence, evolution, containment or spread of AMR worldwide.

To this end, Amrita Vishwa Vidyapeetham is observing WAAW 2021, with several activities including a Scientific symposium, student activities as well as a bicycle campaign tagged “ Cycle Against AMR—Go Blue”.   The activities for WAAW started out on 18th Nov 2021, with a Panel Discussion organized by AYUDH with doctors from different spheres providing their expertise on this burgeoning problem of AMR. This was followed by the International Colloquium on AMR organized by the AMRITA School of Biotechnology, aptly named ALARM 2021 for The AMRITA Legion against Antimicrobial Resistance Management. The Inaugural function, which comprised of experts from Industry, Doctors and Scientists, was followed by a series of scientific talks by leading experts in the field – both National and International that came together to share their ideas on how to tackle this global problem of AMR. The second day of the colloquium was kicked off by a very interesting real life experience talk discussing Phage therapy…one of the recently revived strategies to combat this menace of AMR. Pranav and Apoorva Johri from Vitalis Phage Therapy, the very first phage therapy company in India, shared their experience, which was followed by a series of exciting student events and competitions, all focused on AMR. The third and final day of the colloquium was a worldwide bicycle rally …in conjunction with AMRITA’s youth wing AYUDH to cycle and spread awareness and stop resistance…in alignment with the WHO theme. The event was presided over by Shri C.R. Mahesh, MLA from Karunagapally, who expressed the view that it was very timely and important to inform the masses about this problem.   Dr. Prem Nair, Medical Director AMRITA Hospital and Dr. Bipin Nair, Dean, Amrita School of Biotechnology also spoke on the occasion.  Shri C.R. Mahesh flagged off the Go Blue Cycle Rally with a large number of enthusiastic participants, all donning Go Blue T shirts and on bicycles with placards encouraging everyone to “Increase Awareness and Decrease Resistance”.  Similar Bicycle rallies were organized by Ayudh Centres across India as well as in Europe and America marking a special chapter in the global fight against this impending pandemic.