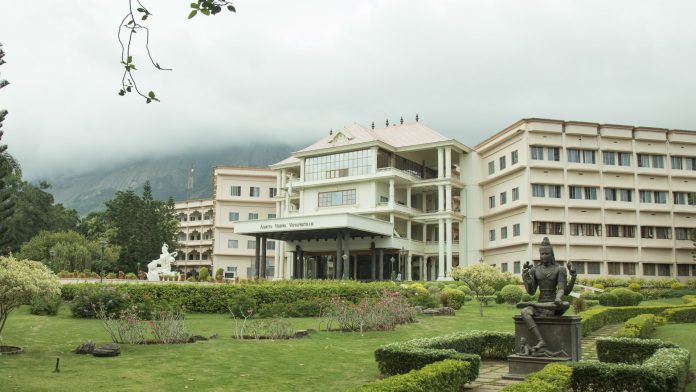 Amrita Vishwa Vidyapeetham emerged as the 8th best university in the country for the second consecutive year in the National Institutional Ranking Framework (NIRF) Ranking 2019. The University was also ranked 5th among medical colleges in India. The list was released by Hon’ble President of India Shri Ram Nath Kovind on April 4, 2019.

Assessment on this framework included:Teaching, Learning and Resources where AIMS excelled in the experience of faculty,  the state-of-the-art teaching and learning facilities  included advanced surgical programmes like the Minimal Invasive Surgery, Robotics, Cyberknife, Tomotherapy etc; Research and Professional Practices-With more than 1500 publication, Amrita Institute of Medical Sciences and Research Centre was at the forefront of active research in the field of medical sciences; Graduation Outcomes-Combined percentage of students passing out from this campus and getting placed for jobs, admission to higher education in top universities across the world, students passing out and becoming entrepreneurs was also a criteria for assessment. Outreach and Inclusivity” and “Perception- The outreach of the campus was assessed in terms of number of students from other states and countries coming for training at Amrita Institute of Medical Sciences and Research Centre, percentage of women was significantly higher and support to the economically weaker and socially challenged students was ranked higher.

“Amrita Vishwa Vidyapeetham once again finding a place in the top 10 universities and the medical college in the top 5 in the NIRF Ranking 2019 is ample testimony to the vision of world-renowned humanitarian leader and Chancellor, Sri Mata Amritanandamayi in setting the dual goals of education for life and compassion-driven research. The recognition would not have been possible for the tiring efforts put in by the students and staff, and I wish to express my sincere gratitude to the Government of India in bestowing this honour. I am happy with the consistency in the recognition to the academic excellence, outstanding faculty and world-class infrastructure that the university is known for,” said Dr P Venkat Rangan, Vice Chancellor, Amrita Vishwa Vidyapeetham.

Amrita Vishwa Vidyapeetham is a multi-campus, multidisciplinary research institution that has been ranked among the best Universities in India by Times Higher Education, QS, etc. Amrita Vishwa Vidyapeetham is spread across six campuses in Kerala, Tamil Nadu, Karnataka, and soon to be launched in Haryana and Telangana with headquarters at Coimbatore. It has more than 19,000 students, more than 1,800 faculty, more than 200 academic programmes, 5200+ Scopus-indexed publications, 33,000 citations and Rs 250 crores in research funding, as well as 12,000 peer-reviewed publications, 44,000 citations, 100+ patent filings and Rs. 450 crores in research funding.

Amrita Vishwa Vidyapeetham continuously collaborates with top US institutions including Ivy League universities and top European universities for regular student exchange programmes and has emerged as one of the fastest growing institutions of higher learning in India. The University is managed by the Mata Amritanandamayi Math. Amrita Vidyalayam Thalassery bestowed with the Best School Award at the meeting of Association...

When we first began work in Ratanpur, Bihar, the unsanitary conditions in the village... 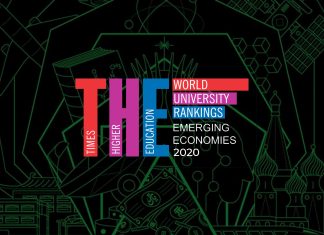 February 23, 2020 0
According to the 2020 Emerging Economies Ranking, conducted by the Times Higher Education (THE) - the data provider underpinning university excellence in every continent,... 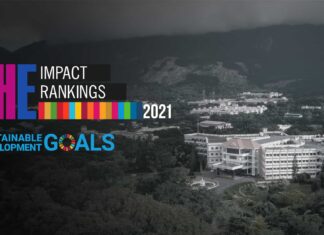 Amrita, Only Indian University to Figure in World’s Top 100 Universities...

April 21, 2021 0
Amrita secures 81st position in the prestigious Rankings, the only Indian university to emerge in the Top 100 universities of the world ... 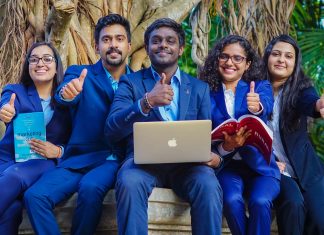 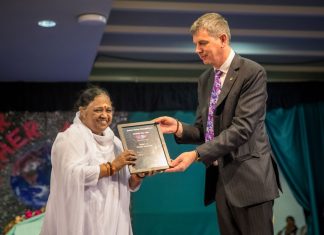